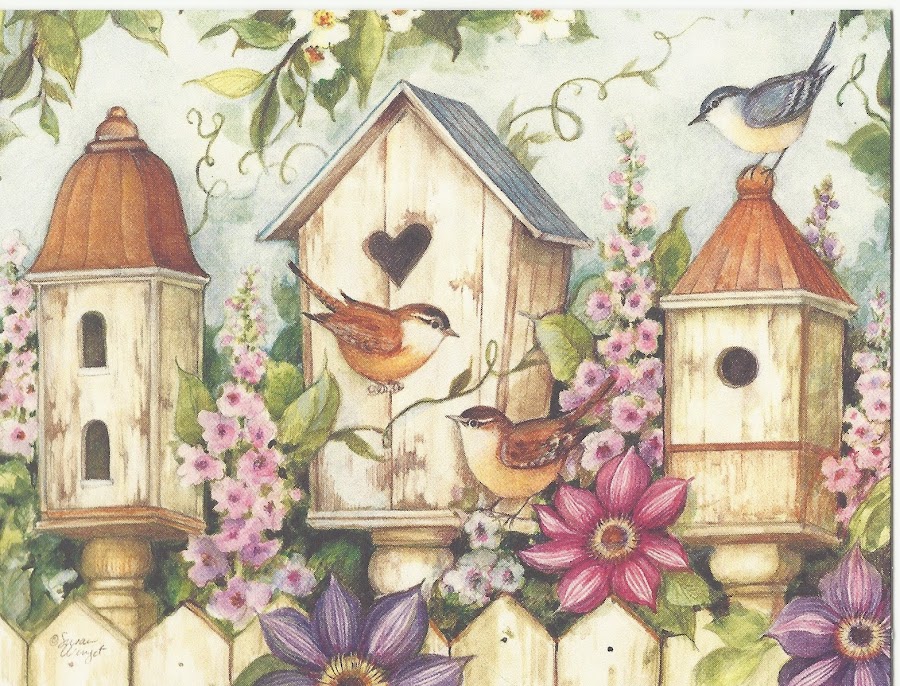 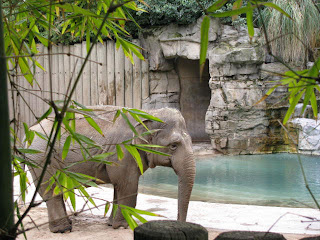 Picture I took on a visit to the Fresno zoo in April...

FRESNO, Calif. -- Shaunzi and Kara are the zoo's biggest losers.

Together, the once-portly pachyderm pair has lost a ton - 2,175 pounds, to be exact - after keepers at the Fresno Chaffee Zoo put the two on a diet. The result, they hope, will be longer and healthier lives for the elephants.

Zookeepers around the world are cutting calories and increasing exercise for animals who can suffer from too much food and too little room to roam. The Fresno zoo embarked on the elephant slimming campaign after getting the ability to weigh them regularly in January 2009.

"We knew they were heavy, but we didn't know just how heavy," said Harold Mountan, the zoo's assistant animal curator.

Zoo officials learned just how large "the girls" were after using $5,000 in Measure Z money to buy an elephant scale. Previously, they borrowed a truck scale periodically from the California Highway Patrol, Mountan said.

Today, zookeepers keep tabs on Shaunzi and Kara with regular weigh-ins and - in addition to changes in their diet - make them work to find food, as their cousins in the wild must do.

A couple times a day, Shaunzi and Kara are confined to the cave portion of their enclosures while zookeepers quickly bury fruits and vegetables under the sand and hang bags of hay and food pellets in barrels on towers inside the enclosure.

To get their food, the elephants must stretch, dig, push or prod with their trunks or legs. They slam barrels with their trunks to release a few food pellets or reach for hay bags, and they must correctly position the barrels and bags to release the food. They use their trunks to sniff out food underneath the sand, occasionally cradling a piece of produce in curled trunks before making it disappear.

They also have a separate exercise regimen, not unlike deep knee bends and stretching for humans, that also improves their mobility, Mountan said.

Enhancing activity and reduced-calorie diets also are being used for other animals at the Fresno zoo, said Scott Barton, zoo director.

"Weight is really important," he said. "We are looking at the factors that cause obesity, the same factors as we do in the human population."

Although the diet and exercise program is relatively new to Chaffee, it's standard in many other places - because in zoos today, thin is in.

There was a time when zoo officials were excited to talk about their large animals, said Harry Peachey, curator of mainland Asia animals at the Columbus Zoo in Ohio.

"If you had an 800-pound gorilla in your collection you would brag about it," he said. "Now, you would be embarrassed to say that in front of your peers."

Studies have found that zoo gorillas had a higher incidence of heart disease, and zookeepers believe it's caused by overly generous diets, Peachey said.

Perception is sometimes an issue, too.

A male lion at the Columbus Zoo is often viewed by visitors as skinny, but Peachey said it looks exactly as it would in the wild.

The first elephant weight-loss program began about nine years ago at San Diego Zoo and Wild Animal Park. Jeff Andrews, associate curator for mammals, realized how much thinner elephants appeared in the wild.

Before the weight-loss program, zookeepers would place food in front of the animals and offer them high-calorie snacks, such as fruit. And the animals got little or no exercise.

He aimed to improve the elephants' health by reducing the amounts they are fed and replacing higher calorie food with low-cal choices.

Elephants also were trained to exercise and allowed to wander their enclosures at night instead of being placed in individual stalls.

"Now, we maintain detailed weight graphs and monitor the trends," he said. "We get to what we think our goal weight is and see if we can maintain that weight for a while."

Weight issues have changed the way zoo elephants are cared for, said Bruce Upchurch, curator of elephants at Woodland Park Zoo in Seattle.

"Going back 30 years, it was 'let's feed them as much as - and the best quality food - we possibly can,'" he said. "It was acceptable to throw hay in front of them and let them eat. That's just not acceptable anymore."

Maintaining an appropriate body weight will help Fresno's elephants as they age. Kara, 33, and Shaunzi, 39, are roughly equivalent to humans in their 50s, Barton said.

Elephants will live into their 50s or older in zoos, and live to similar ages in the wild.

Although Shaunzi and Kara have pared off the pounds, their work is not done, Mountan said. The goal, he said, is for them each to weigh no more than 8,500 pounds.

Zookeepers are already seeing an improvement in the elephants' health. Shaunzi's muscles seemed to be stiffer when she carried more weight, but "they are moving a lot better now," Mountan said. "Their muscles are in better shape."

The elephants also are evaluated on the way parts of their bodies appear as weight is lost. In a rear view of the elephants, Mountan notes where their backbone has become more evident in recent months. He said the backbone must become a bit more pronounced, which means losing a few hundred more pounds.

When the elephants reach their weight goal, the amount of food they get will be adjusted to meet their new, lower-calorie demands.

"The less extra weight older people carry around, the healthier they usually are, and that goes for elephants, too," he said.

Stop by The Motivation Station today and fill out Kris' Survey... 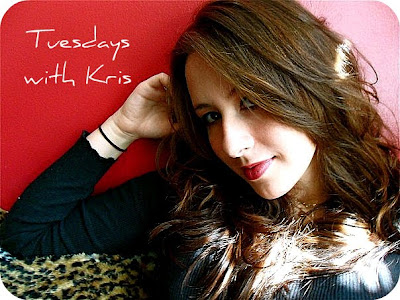 I recently came up with the idea of an article about how American women feel about their bodies and their health compared to women of other parts of the world. However, in order to really write a proper article, I need to do a lot of research on both subjects. I know you all recall, and may have even read, French Women Don't Get Fat, and every other varietal of the theory that "I am not American therefor I have a weight-loss secret that you need to buy." I intend to either prove that we are all the samemarketing ploys (ok, technically half true without needing the research), or that perhaps American Women Want To Be Fat! Say what? I know none of us want to be unhealthy, but if we have the tools, and have the reasons, why does the scale not budge, why do we have pig-out/freak-outs, and constantly buy new books and exercise equipment? Is it the media, a gene, chemicals in our food, or fear of the unknown and/or change? I would love my friends and readers here at The Motivation Station work with me on this concept by answering some (I mean a lot of) questions. Please answer all questions that you feel comfortable with, and email them to krisleighsen@gmail.com if you want to stay anonymous from the site, or post your answers and what you think about this article that I would like to write in the comments section. I will definitely share my findings from this survey and the article with you all once complete. I hope that you all find this concept as interesting as I do.
and these books are just
THE QUESTIONS
(open to ALL WOMEN: Any age, body type, race, ethnicity, profession, vegetarians, etc!)

4) Are you currently dieting? Y/N
If yes, what diet are you on?

If no, describe a typical day’s menu.

5) Are you over weight based on health charts?

6) Do you feel guilty when you indulge in something fattening and/or sugary or are you satisfied with the treat?

7) How often do you exercise?

8) What do you do for exercise and how many days and hours per day do you do it?

9) If you miss your exercise one day because you went out with friends to enjoy yourself do you feel guilty? Or were you happy that you took a day off?

10) How often do you think about food?

11) How often do you think about your weight?

12) How often do you weigh yourself?

13) If you gain one ounce do you freak out? Or does it not even phase you?

14) What would you change about your body?

16) Did anyone ever say anything to you when you were young that triggered an insecurity about your size? Y/N

17) Why do you think that incident had such an effect?

18) If someone orders just a salad at dinner would you as well? Or would you just get what you want?

19) Why do you think American women are obsessed with weight?

20) What culture do you feel has the best outlook on positive self-image, and why?

21) Do you have anything to add regarding this concept?

Thank you so much to all who participate. I may quote you, so please let me know if you want to stay anonymous. I will let this survey sit for a few weeks, so I will remind you in the near future in case you are very busy these days. The email is krisleighsen@gmail.com.

What do you think? If you have any friends or family that would enjoy this survey/article please pass along, or post on your blogs. Thank you! 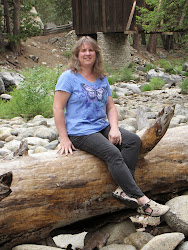 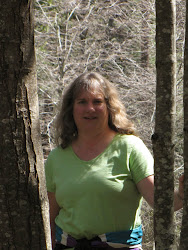 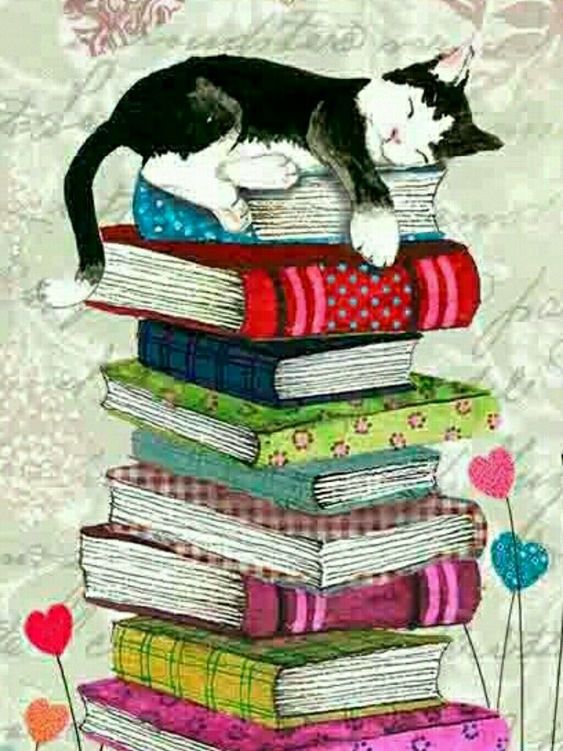